Chemical reactions with the Middle School

In Middle School we have been finding out about chemical reactions with Ms. Tobi.

We hear a lot about global warming on the news and how it is caused by carbon dioxide produced by industries. Well, we made our own carbon dioxide in class. 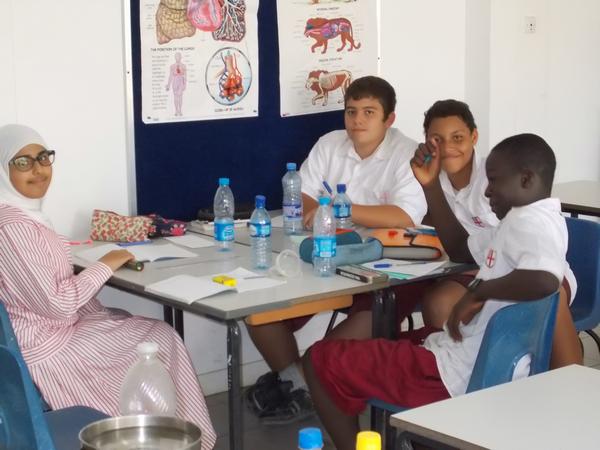 We did this using sodium bicarbonate (baking powder) and acetic acid (vinegar). You could even try this simple experiment yourself at home.

First we filled a balloon with sodium bicarbonate. Then we heated the acetic acid using a Bunsen burner. When it was heated sufficiently we poured it into a plastic bottle. We fitted the balloon over the mouth of the bottle and watched…… 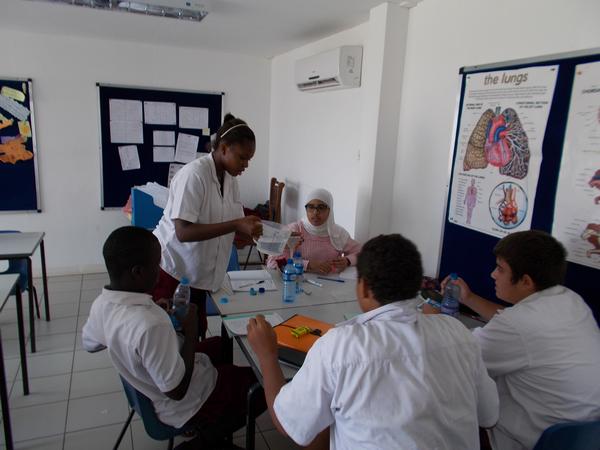 As the sodium bicarbonate fell down into the acetic acid, the mixture started to bubble and the balloon began to inflate. We found out later that this was caused by the gas, carbon dioxide. 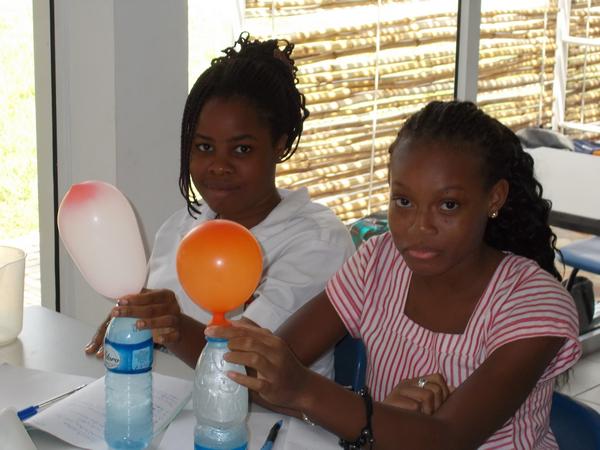 The production of carbon dioxide from sodium bicarbonate is used in cookery to help cakes rise.

We love doing science experiments and look forward to using our new science laboratory when it is completed.

Years 3 and 4 took full advantage of an opportunity to 'go back to nature' by visiting a farm in Calavi.

Field Trip to the seashore

Year 6 and 7 went on a field trip to a seashore where young turtles were taken care of.