In the holiday mood

On Thursday evening, 6th December 2012, Lower School children in Reception – Year 3 gave a magnificent performance in their West African version of The Elves and the Shoemaker, singing songs in Yoruba, Fon and French and dancing the evening away. ‘ Shola Sole,’ an old Dantokpa Market shoemaker was in despair, thinking he had made his last shoe, when something magical happened! 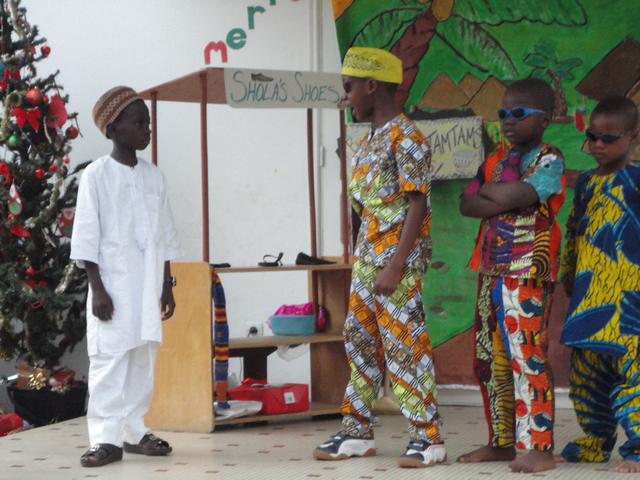 Special thanks went out to Years 10 and 11 for painting the scenery, Dag Jack (guitarist) for making the play a musical, and to parents assistants and teachers for contributing their props, costumes, energy and time.  All were put in the holiday mood by this lovely performance.

Friday, 7th December was a special  morning at the Akpakpa Annex.  The children gave an animated concert of Christmas carols and other songs to parents and visitors, which ended in a visit from Father Christmas. 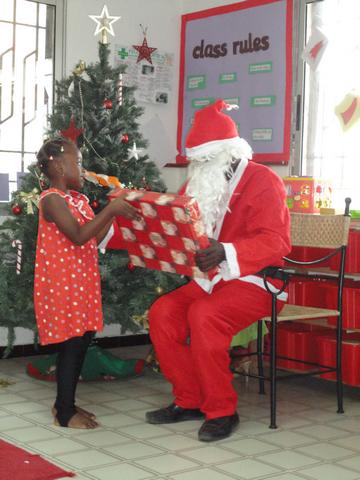