Some years ago I was told that shipping containers were being used for construction. The idea fascinated me that something that had travelled the seas for years on end visiting every corner of the world would finally to become part of a home or other building. I searched for examples of these buildings and there are many. Some buildings try to disguise the fact that they are made from shipping containers, yet others are bolder about the nature of the building materials used. Whilst investigating the variety of shipping container buildings that are out there I stumbled upon a design used to construct the residential quarters of a Cardiac Hospital in Sudan, the Salam Centre.

The design was clever, as it was built to protect those inside from the heat of the Sudanese sun. It was a container building designed for hot climate in Sudan. I decided that with a few modifications I would be able to use a similar design to build classrooms. The “Brise Soleil” over the terrace softens the light that will enter the rooms and the false roof and insulated walls and ceiling will keep the temperature manageable for the air-conditioners that are to be installed.

The problems in construction were to be many and an idea of what was involved is best illustrated by the images of the project taking shape.

Firstly we had to remove the water from the heavy rain. 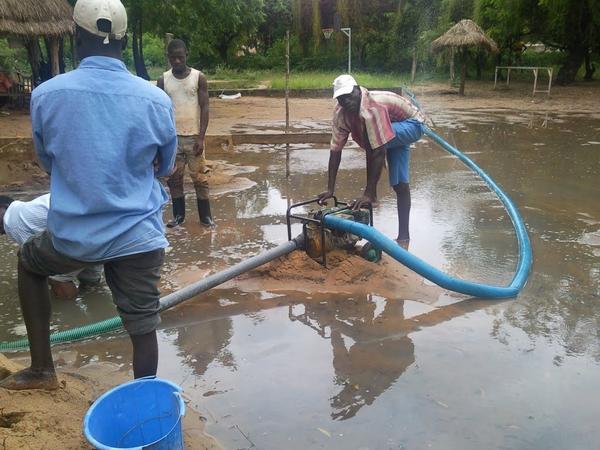 Then the foundations were poured. 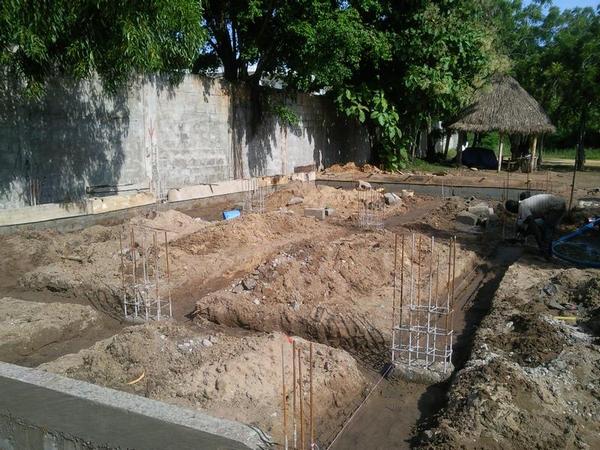 The containers were dragged into place. 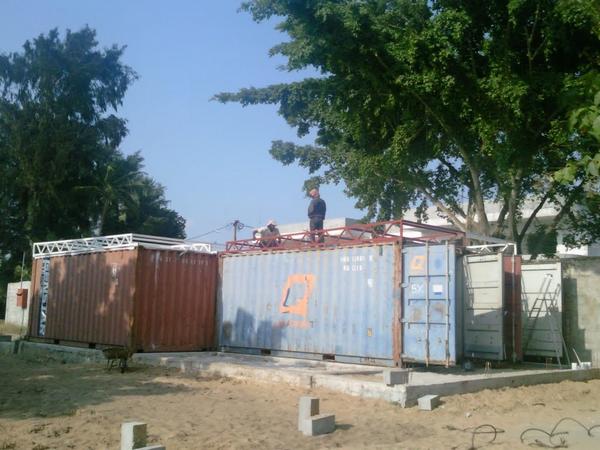 The rooms were lined with insulation and plywood. 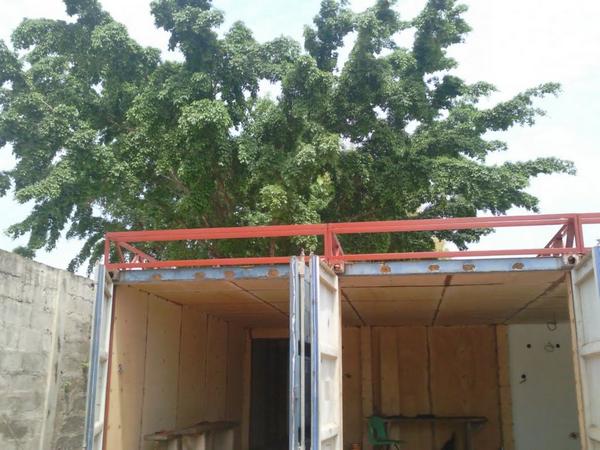 The terrance could then be completed using stone local to Benin. 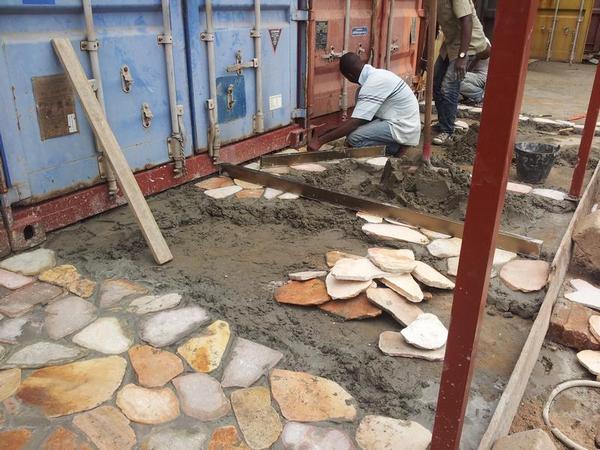 The tiles could then be fitted and the rooms really begin to take shape. 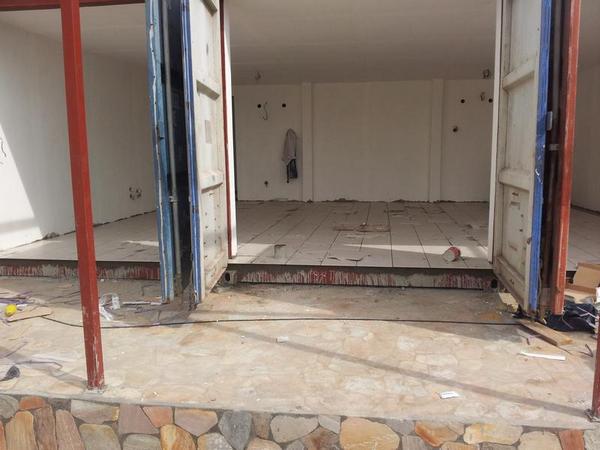 Some of the doors were removed leaving only those that would form partitions on the terrace. 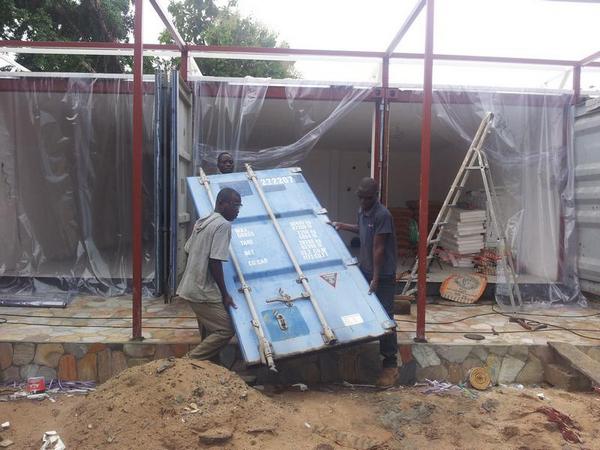 The windows and bamboo brise soleil could then be fitted. The classroom now could be seen properly for the first time. 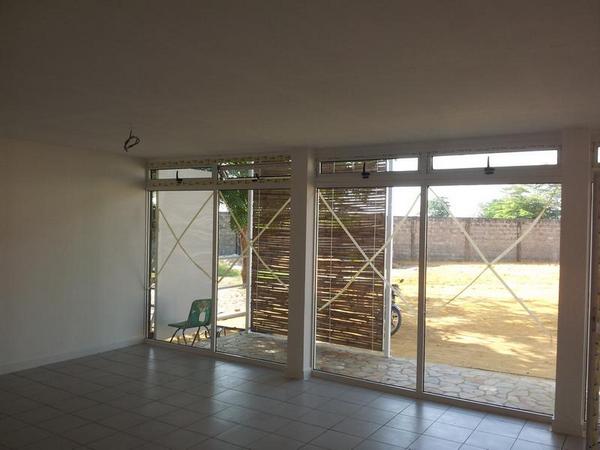 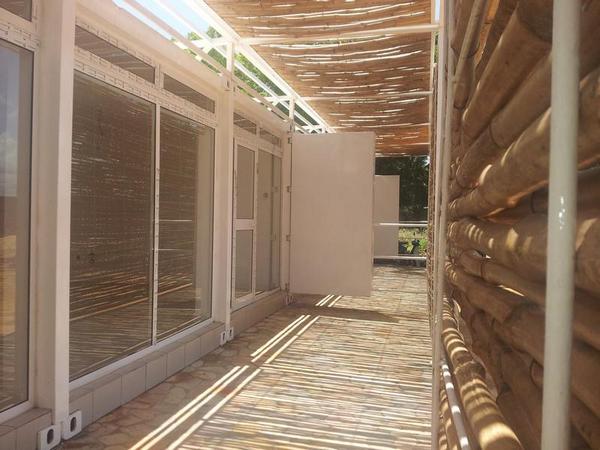 The finished look of the container building could now be seen. 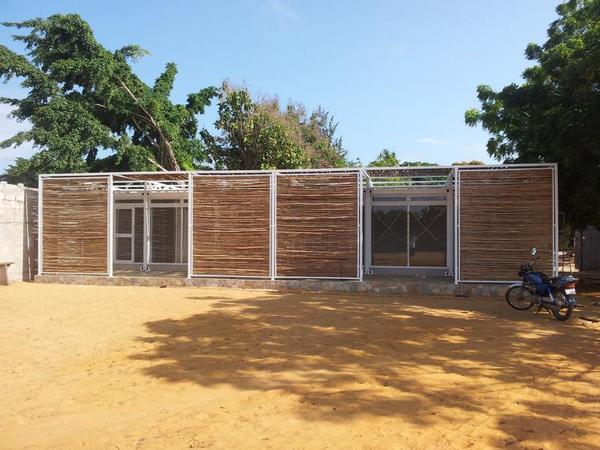 Then we had to do it all again at the back of the building. We created a very large room out of four shipping containers that we will make into a new laboratory. 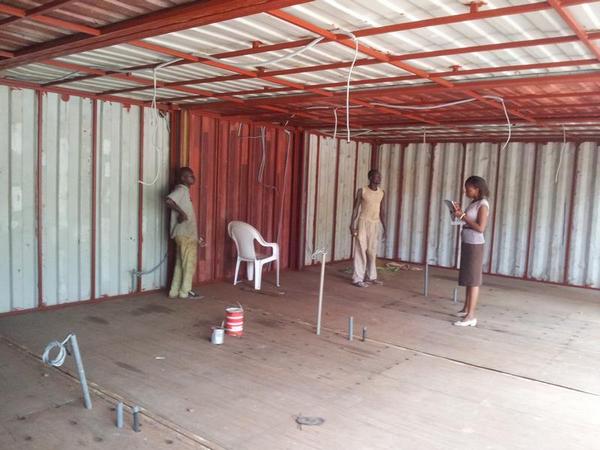 This side seemed to progress far more quickly. 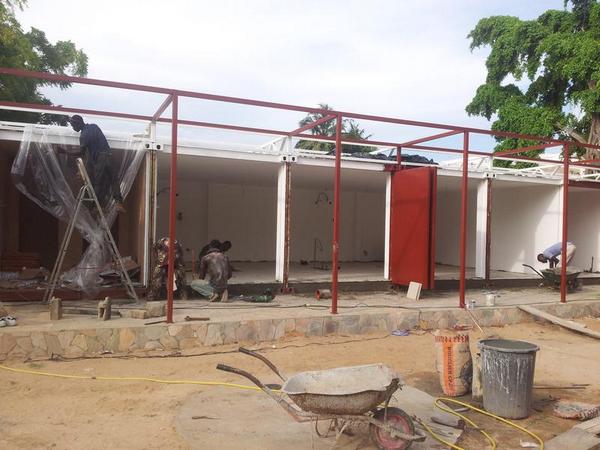 More news will follow as the work continues and the first phase of the project draws to a close.

On the 4th of March 2022, students from Years 10-13, under the leadership of the student council and the school administration, successfully carried out the second edition of the EIS Model United Nations.