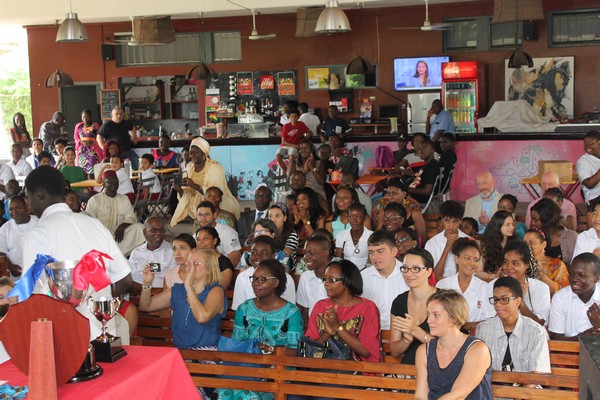 Einstein won the House Merit Cup, although it was a very close and hard won competition and the result only became apparent after the final week. Between them, Mrs Carsky and Mr Sossohounto maintained the suspense to the last moment. 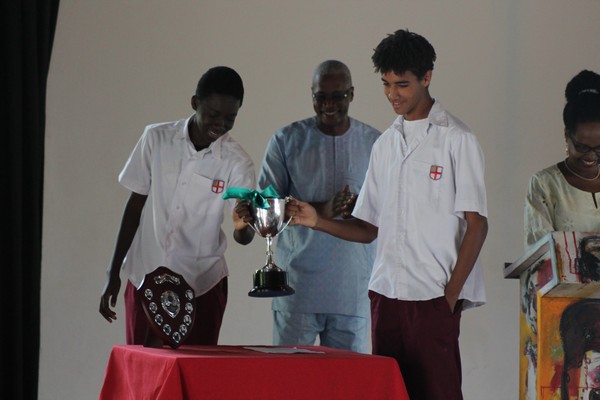 The children were spot on in their identification of the winners of the class prizes and very generous and supportive in their acclaim for the winners. It was heart-warming to notice that they knew each other so well that they decided quickly from the description who the winner was long before the name was announced. 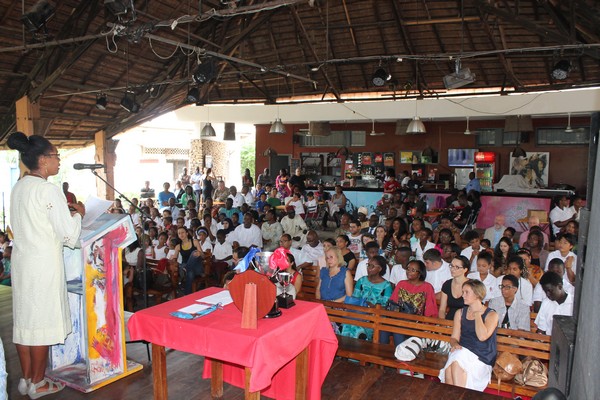 Ebrima Jarjusey, the winner of the Community Service Shield, was commended for his conscientious and helpful service to "Ecole Les Lapins Bleus,"  where he gained some valuable work experience which he was later able to share with the others in Year 11.

Mrs Carsky concluded by thanking the staff for their dedicated, thoughtful and kind service which makes the school so successful. 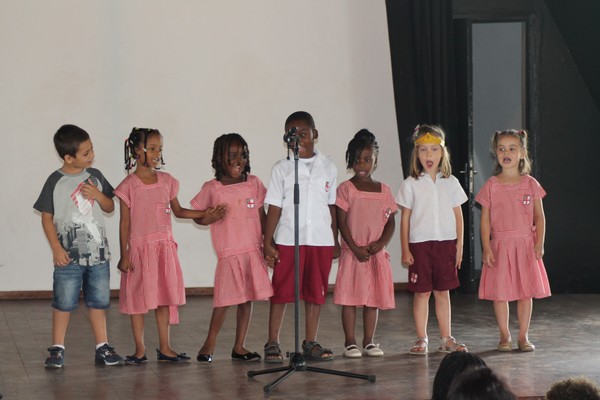 Mr Dagga Jacques, on the guitar, accompanied the children of the junior and infant school to conclude the prize giving with beautiful songs in different languages celebrating our multicultural nature..

Delicious Butter Made By Years 1 and 2 Pupils

Have you ever wondered how butter is made?

Read more … Delicious Butter Made By Years 1 and 2 Pupils

EIS students have an opportunity to weigh in on important issues concerning the education of girls in Benin during a Zonta Club Conference / Debate.

Charly Djikou’s Exhibition at the Institut Français positively impacted Year 11 students and opened their minds to a new perspective on art, inspiring them for future art projects.