On Saturday, 23rd of March 2013, was the School Fair. It was not what I had expected it to be; it was even better. I bought tickets for food and games. With my winning tickets, I was able to get a few prizes. In the evening we had Wushu, Capoeira and Zumba performances, followed by the tombola. My grandmother won three prizes. At night it was really fun. I went home with my sister at 9:00 p.m. I admit that I had a nice time at the School Fair.
By: Rhina Houinato, Year 6 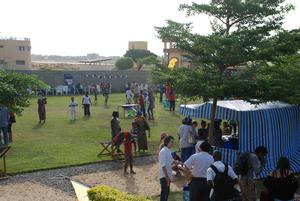 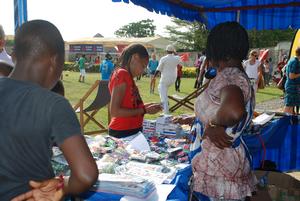 The School Fair was very fun because we invited friends and family. I met new people and ate food I’ve never seen before. The School Fair was well organized and that’s what I loved about it. It was very enjoyable: the games, the performances and last but not least, the lottery. The only thing I did not like about the School Fair was that I did not win any lottery prizes. But I think it was better than all the other fairs we had.
By: Fadel Bruce-Oliver, Year 6 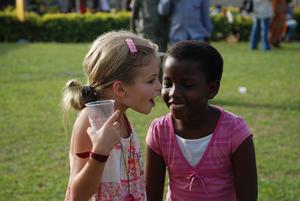 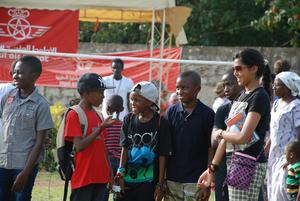 The School Fair was on a Saturday and there was lots of music and fun. I played three games. One was you had to put a lemon on a spoon and run with it in one circle. And the second was someone had to drop a ball in the middle of two people and the one who runs and gets it and gets back to their place without getting tagged wins. And the third is you have to shoot penalties and if you score two goals on the goalie you get a winning ticket, but I just kept on scoring one goal. I tried so many times to score two. But it was a fun day.

'Where Does Our Packaging Go?' Reusing Plastics

Read more … 'Where Does Our Packaging Go?' Reusing Plastics

On the 22nd of March 2021, Year 2 pupils of The English International School joined the rest of the world to celebrate World Water Day with the 2021 theme, Valuing Water.

E.I.S. alumna introduces capoeira to fellow students at her university in Bremen, Germany

Andrea Melissa EL HAJJ, who after 11 years of practising the Afro-Brazilian martial art / dance at E.I.S., writes to us from Jacobs University where she has started her own Capoeira Club.

E.I.S. celebrated its array of cultures as students expressed joy in being part of a global community.

Origami with Years 6, 7 and 8 students

Through Origami, Years 6, 7 and 8 students have been developing the following skills and more.