We started work on our new school field roughly three years ago. It’s an odd shaped piece of land but we could see the potential it had. We started by clearing all the vegetation and rubbish that had collected there. This corner would eventually be where the pond would be built. 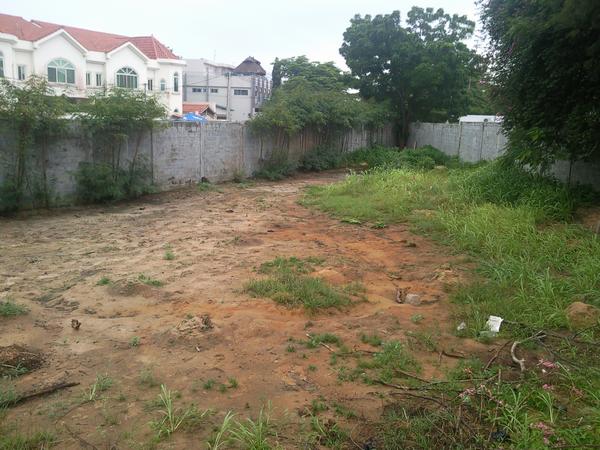 We found that there had been lots of gravel dumped there in the past so we decided to recycle it. We would have to collect it all and sift out the sand. 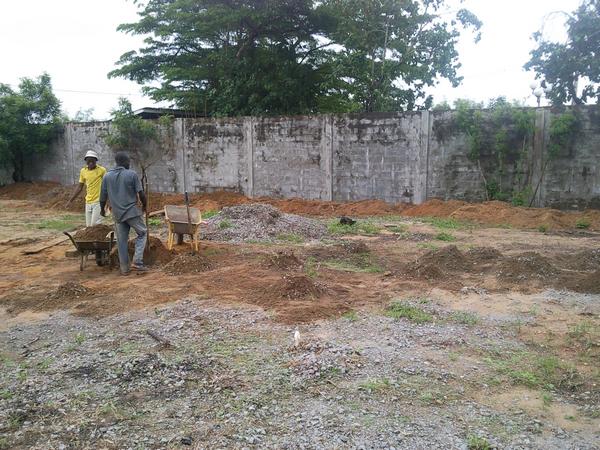 It was piled up where the sand pit would eventually be built. 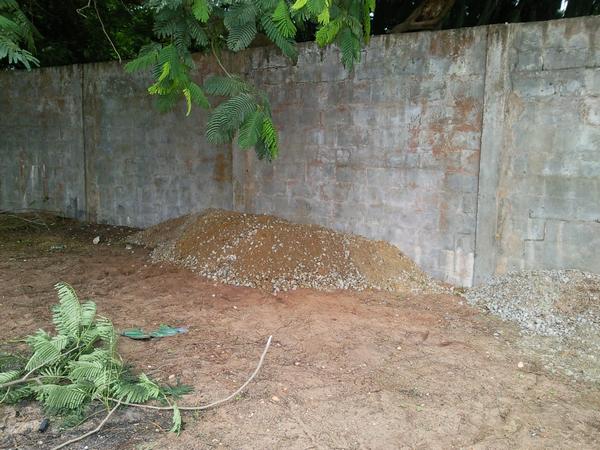 We wanted to make a grassed five-a-side football field so we had to level the land to within a few centimetres. We edged with a path made from the recycled gravel. 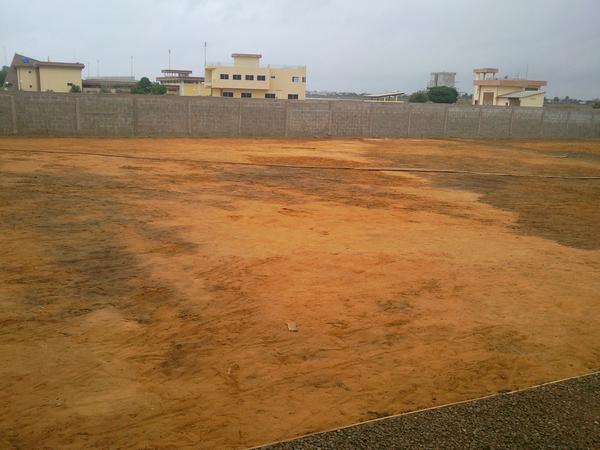 We knew the grass would not like the sandy clay so we added a layer of topsoil. This came with all sorts of rubbish mixed in with it, so we had to sift the top soil so that the children wouldn’t have any nasty surprises later when they were using the field. 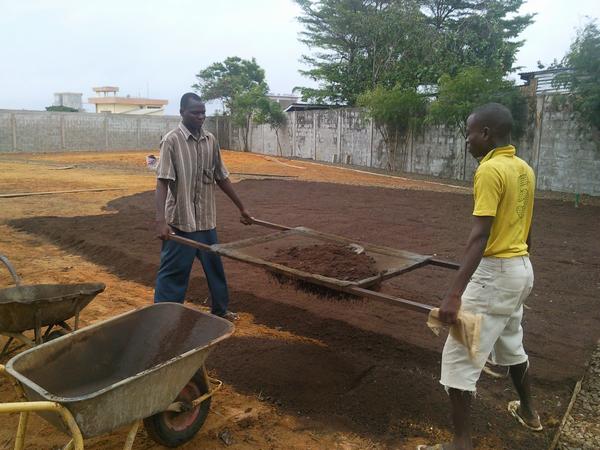 The grass would take a long time to get well established so we started planting as soon as the top soil was layed. 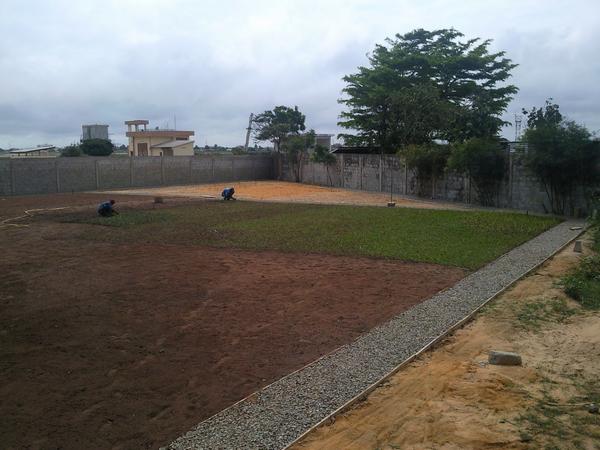 We needed somewhere to store garden furniture later on so we built a paillote. 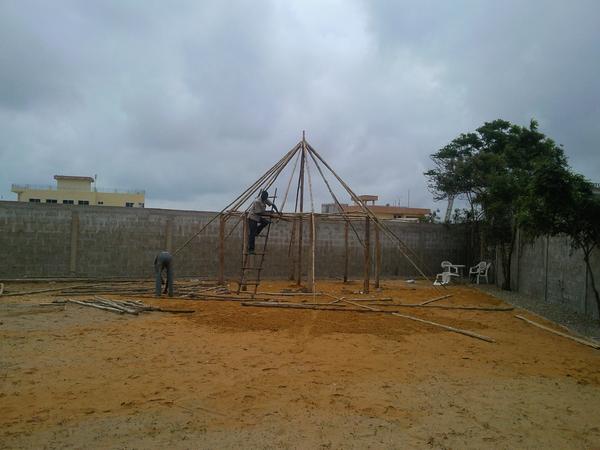 The pond was built using a cement block wall. In this picture it can’t be seen as we had to bury in to stop the weight of the sand toppling it over. The top of the wall was covered with bricks made from mud and cement. These were also used to make steps down to what would be the edge of the pond. 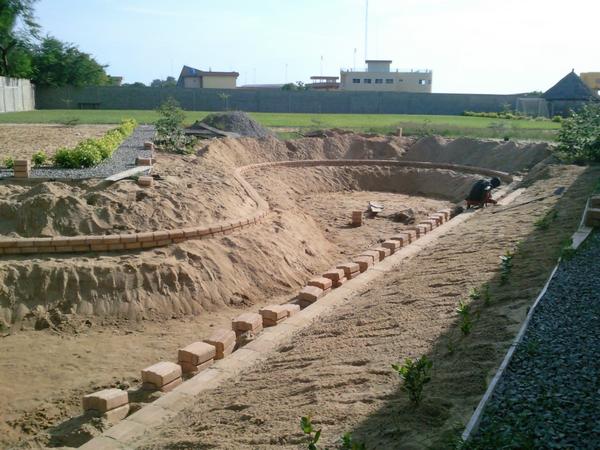 We would need a well and an electric pump so that we would be able to keep the pond full. 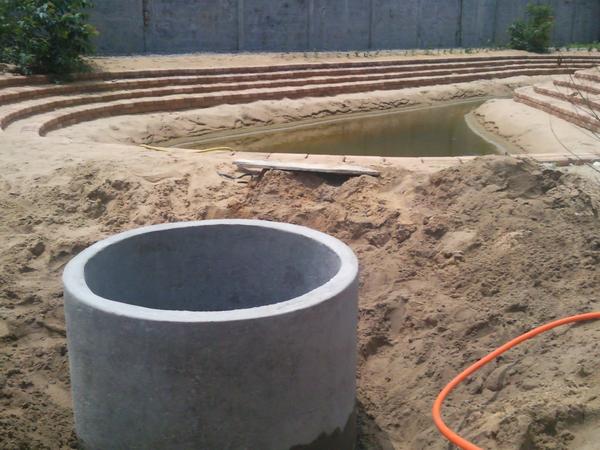 The pond needed to be lined with clay so that the water would not just soak away into the sand. 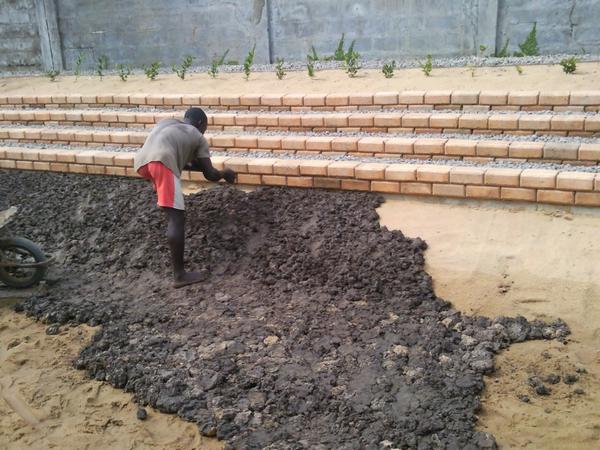 It was then time to fill the pond with water. When we were happy that the pond had worked we made it home for two Koi Carp fish that have since grown to be quite big. 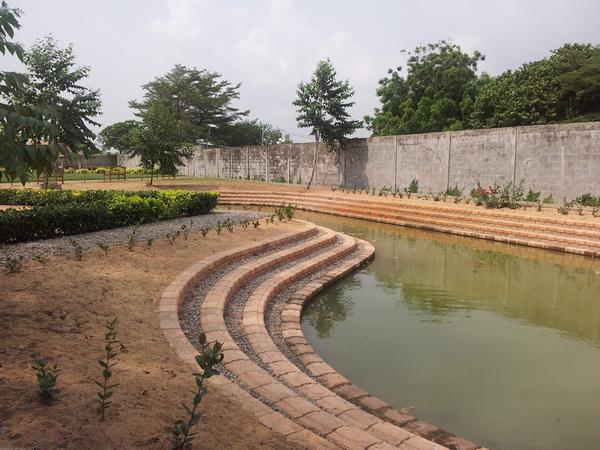 What would be a playing field without a climbing frame? We built a nice big one. 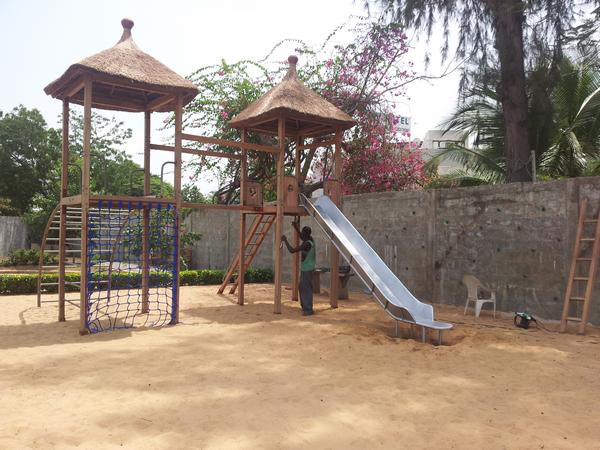 And then it was done, but only once our turkey felt at home there. 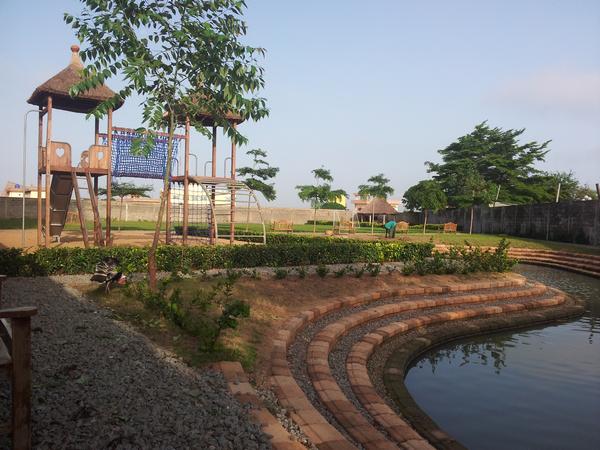 On the 4th of March 2022, students from Years 10-13, under the leadership of the student council and the school administration, successfully carried out the second edition of the EIS Model United Nations.

Artistic talent was evident in the E.I.S. Middle School as students worked on drawings, paintings and pottery under the theme of Heroes and Leaders.